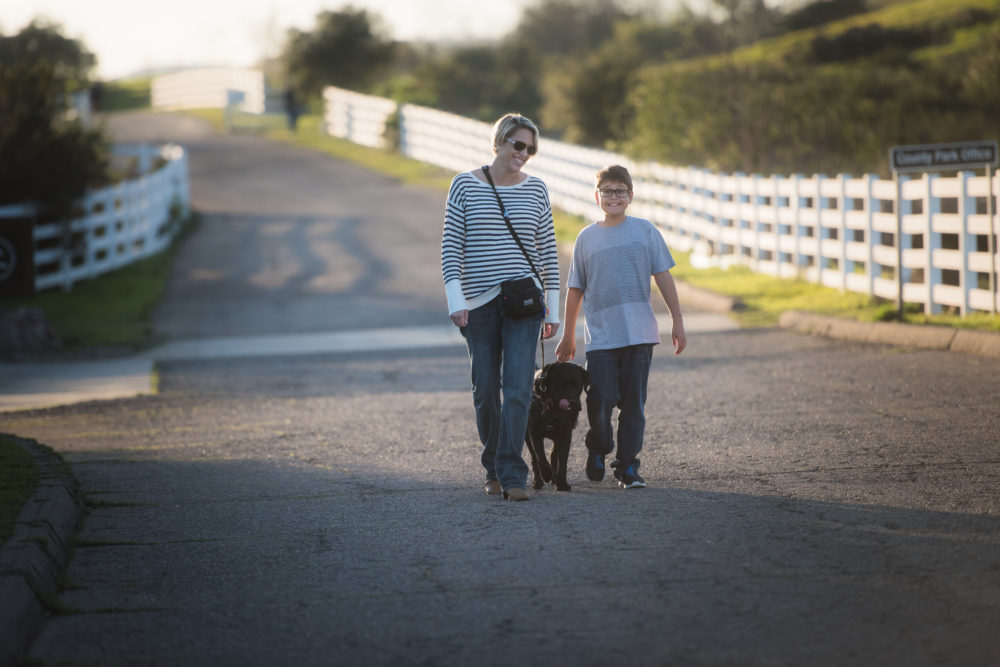 “Nicholas is a bright, energetic happy 13 year old with Autism. Diagnosed at age 3, Nick has had a long road of different therapies such as ABA, speech therapy and occupational therapy. He was completely non-verbal until nearly 5 years old and had many typical behaviors that made integration with typical peers in a school setting nearly impossible. He has sensory issues including flapping and jumping, facial ticks, tantrums and  wandering off to escape difficult or stressful situations. Needless to say, Nicholas has had many challenges to overcome and has worked very hard, basically having a full time job at the age of 3! He has come a long way but when his family learned about TLCAD and the wonderful work the Autism dogs they were training were doing, they knew this would be a wonderful fit for Nick. After the family met with TLCAD and met a beautiful black lab named Star they knew this was going to be the beginning of a incredible new chapter in Nicholas’s life. It is an amazing partnership that goes stronger every day! Star helps Nicholas regulate his flapping behaviors by leaning on him or sitting on his legs. This helps him concentrate while doing homework as well as when he would become overwhelmed with a situation while out in the community.  Nick also has sleeping issues and with Star by his side he can now sleep in his own bed. He calls her up on his bed and gives her the cue”snuggle” and Star lays her head down on Nick’s stomach and they go to sleep. That is a huge improvement in Nick gaining some feeling of independence! Perhaps one of the best benefits Star brings to Nick is the social growth she brings to him. He now can have conversations with peers and other families out in the community. Who could pass up such an adorable black lab with a smile like Star’s without wanting to pet her? Well, Nick has learned the appropriate cues to give Star if he is willing to let someone visit with Star. He is very proud to tell his new “friends” that Star is his black lab who is 3 years old and is what he lovingly calls “his Rock Star or Super Star”.  What an appropriate name for a phenomenal service dog! She is a true blessing to the whole family as they are now able to go out in the public to amusement parks, movies, restaurants, dentist appointments. He is so much calmer with her by his side that she really in fact is a benefit to the whole family. The stress levels have dropped immensely as Nick’s behavior is much more “typical” and the family can enjoy outings without creating “scenes” which would cause so much stress that outings were very short or avoided altogether. Star is an incredible addition to the family whom is so well trained sometimes people wonder why Nick needs her and also have been asked if I am training her and then explain no,she is working with Nick! She has flown all the way to Disney World this summer and it was the most stress free trip we have ever taken. Most people commented as they were getting off the plane,” there was a dog on this flight?”  You know you have a well trained service animal when you hear comments like that. We will forever be grateful for this wonderful gift our family has been given!”  Michelle, Nick’s mother

Lots of smiles and increased independence at the happiest place on earth! 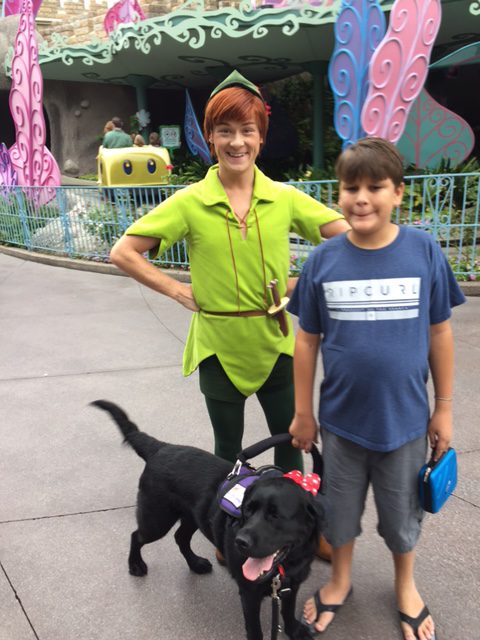