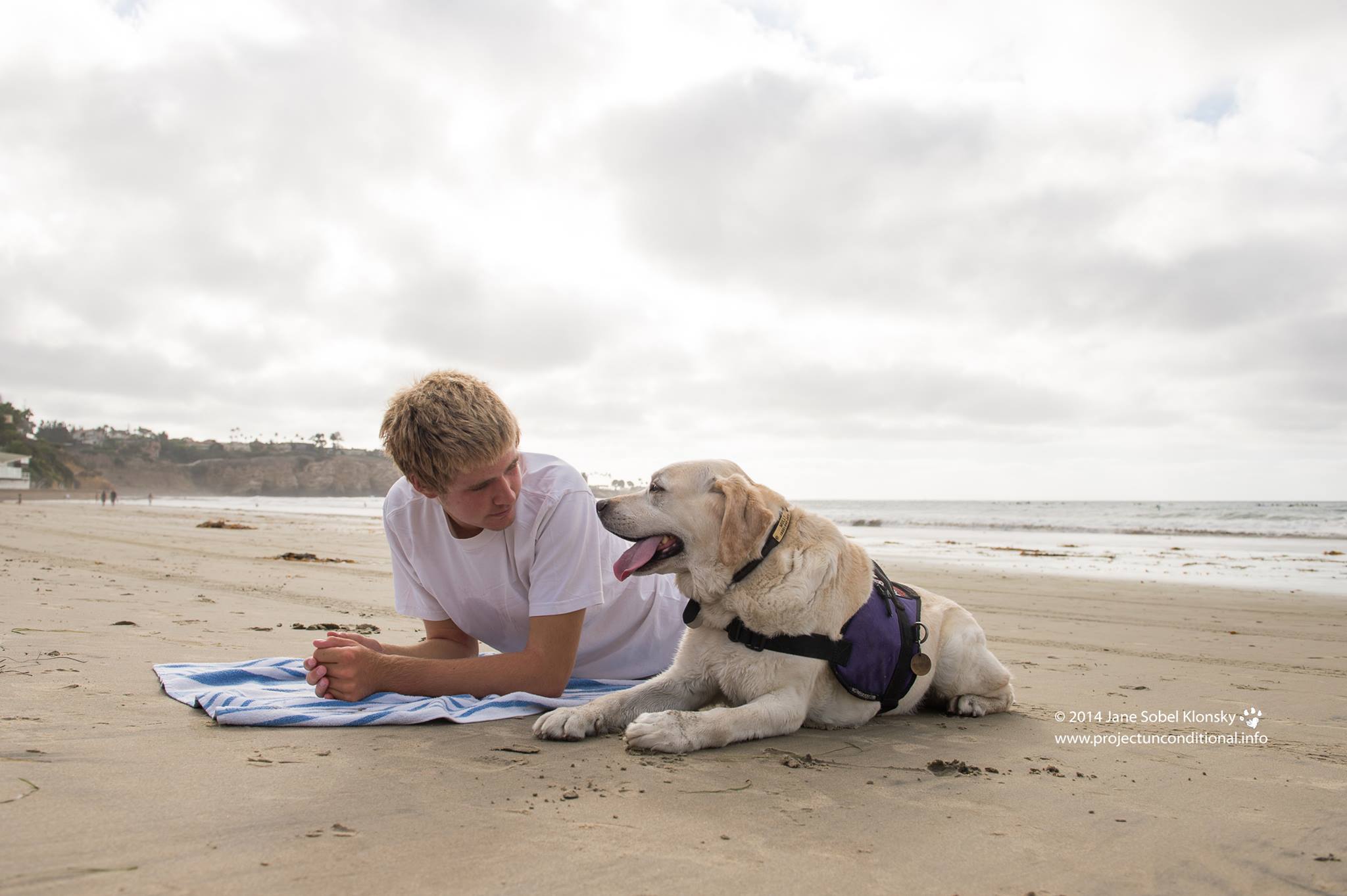 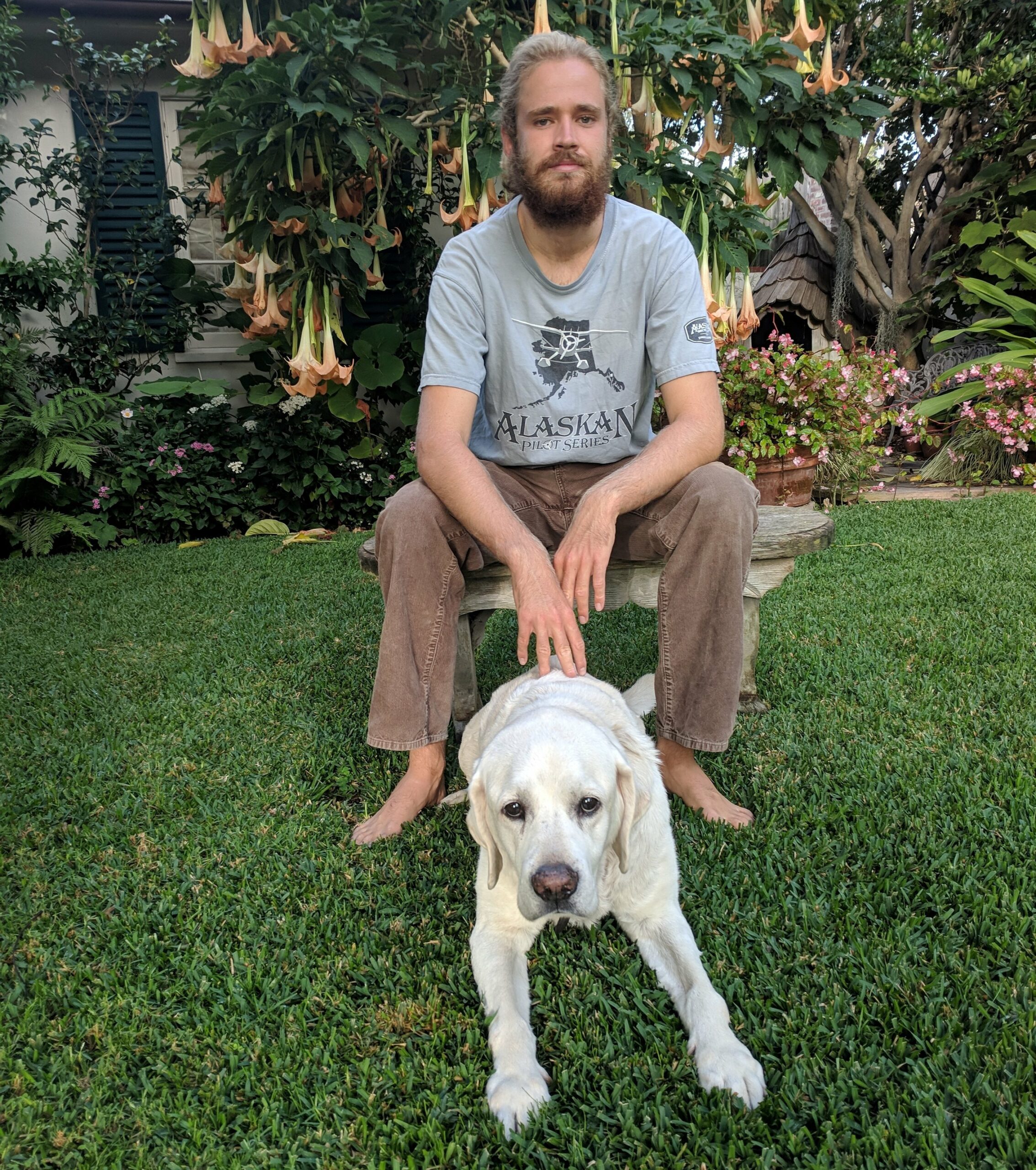 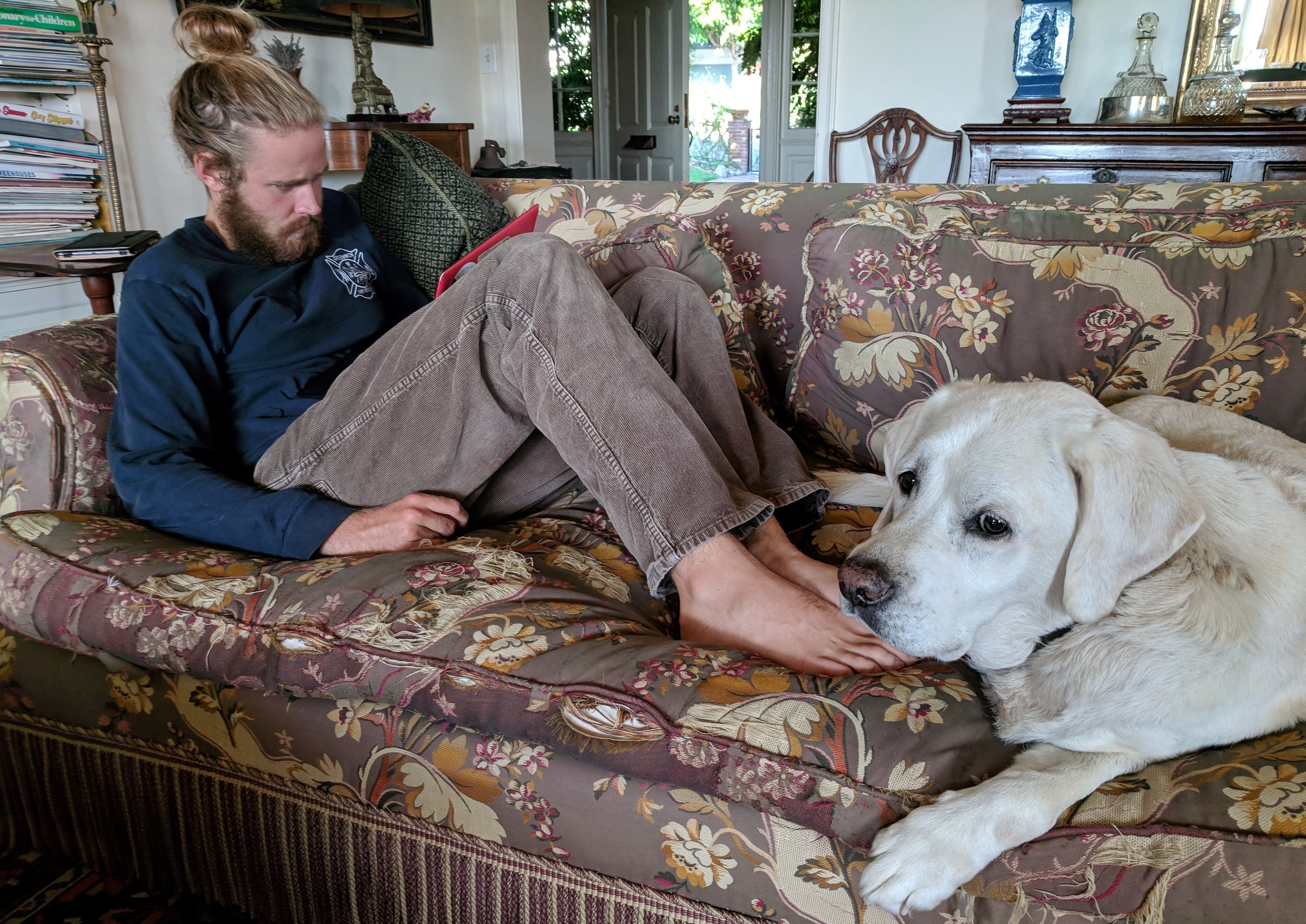 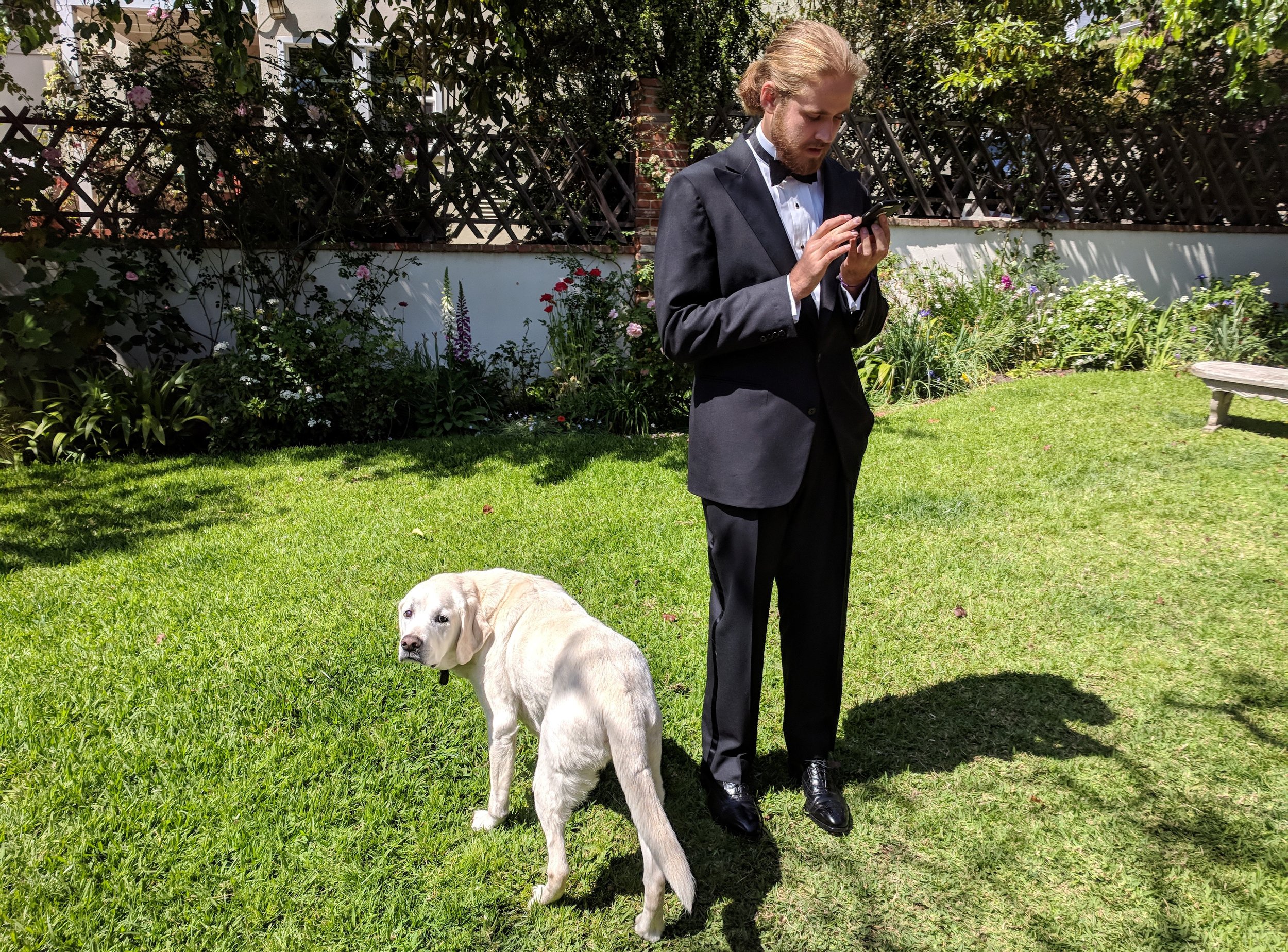 We have a post to share from Wesley’s father. Wesley was paired with his service dog, Mully, 8 years ago. They have grown a lot together, read on to learn more! “My son, Wesley Metcalfe, was thirteen when he got his autism service dog, Mully.  It was an immediate  game changer.  Mully took him out into the world, gave him a new found independence, a new means of social interaction with others (“Can I pet your Mully-dog?”) and gave him sorely needed companionship.  Mully was a friend for a boy who needed one.  We remember vividly Wesley and Mully sharing an inflatable raft in the pool.  We remember them walking in the village, Mully stopping at intersections, waiting for the light to change.  We remember seeing them curled up in bed at night, fast asleep, Wesley’s arm draped around Mully, who snored   There was also new found responsibility.  Wesley was in charge of walking Mully, of feeding Mully, of taking Mully to the pet store for a bath.  Mully, of course, led the way.  “Wither you wander, I shall go too,” said Mully. And he did. It’s now eight years later.  Wesley is twenty-one and Mully is almost eleven.  With no small thanks to Mully (aka “The Mulligan”), our son is now a young man with a variety of interests, a desire for social interactions with others, an ever increasing sense of independence and confidence and above all, aspirations for the future.   He is taking a class in Marine Biology at San Diego Mesa College, he volunteers at Birch Aquarium and he spent this last summer working twenty-five hours a week for La Jolla Kayaks.  He has taken Mully on journeys to all these places to introduce him, to show him off and because, yes, even at age ten, Mully is a chick magnet.The roles have changed somewhat between Wesley and Mully.  Mully is happy to let Wesley be the leader now.  He still loves accompanying Wesley out into the world but knowing his job is for the most part done and that Wesley can now cross streets by himself, he is equally content staying at home so as to greet Wesley on his return.  He looks to Wesley for ball retrieving, affection and love – and yes, because some things never change, for food and baths. One thing hasn’t changed at all.  If you peek into my son’s bedroom at night, you will still see Wesley and Mully curled up in bed together, Wesley’s arm draped gently around his dog.  And Mully still snores.”